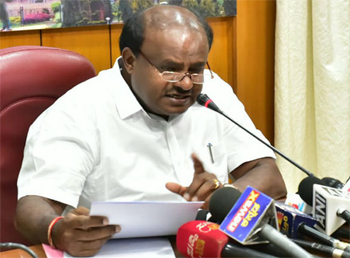 In an interactive meeting, through Video Conference here on Wednesday, Chief Minister took stock of the severe scarcity conditions in over 24 districts, excluding Dharwad and Gulbarga where byelections are being held for two Assembly segments. The officers were asked to give priority to tackle the drinking water problem, shortage of fodder to live stocks, besides providing employment to the rural poor.

Chief Minister conducted the meeting following a clarification by the Election Commission which clarified that Election code will not come in the way to monitor the drought situation in the State.