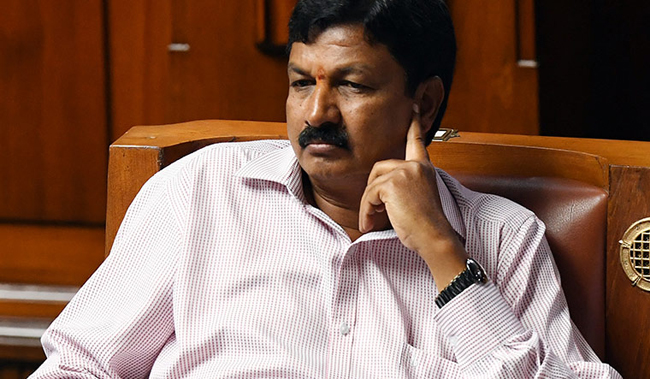 Belagavi, Apr 23: The Disgruntled Congress MLA, Ramesh Jarkiholi, who was recently sacked from the Karnataka Cabinet, is likely to desert the Congress and join the Bharatiya Janata Party (BJP) and this may trigger serious trouble that may end up in collapse of the JD(S)-Congress alliance government in the State, sources said.

Speaking to newsmen, after casting his vote for the Lok Sabha elections in Gokak, his home constituency, Ramesh, who is forefront in mobalising other dissident Congress MLAs in a bid to topple the one-year-old Congress-JD(S) government, hinted that he may resign to his Karnataka Assembly seat and join the Saffron Party.

“I have decided to quit Congress anytime and will make it public soon” Jarkiholi said.