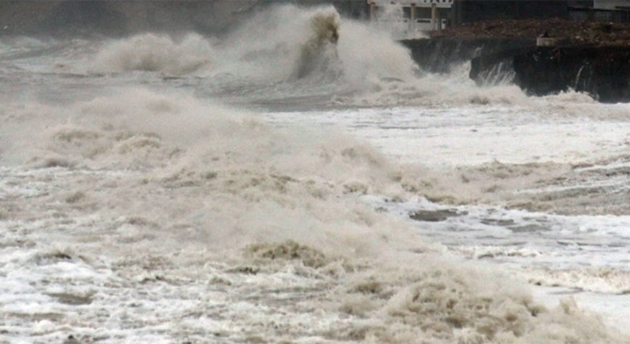 Karwar, Jun 3: The India Meteorological Department (IMD) has issued an alert, predicting thundershowers and heavy rainfall over north interior Karnataka, coastal Dakshina Kannada and Udupi over the next three days.

With Cyclone Nisarga hitting the Uttara Kannada coast on Tuesday,  parts of coastal Karnataka received heavy rainfall. Gusty winds tore through the coastal towns, as the sea too turned violent with rough waves smashing the shore.

The alert was issued with the advancement of Nisarga from east-central Arabian Sea to north Maharashtra, and adjoining south Gujarat coast. “Though it does not cover Karnataka, the range of cyclonic winds is very big and reaches north interior Karnataka also.

So an alert has been called out,” CS Patil, director in-charge, IMD, Bengaluru, said. The weather department has forecast a severe cyclonic storm and then a depression. Patil said formation of systems is a common factor before the onset of the monsoon and they help in its advancement.

“Cyclone Nisarga is helping in the quick advancement of the southwest monsoon to Karnataka, and the monsoon is likely to arrive before the scheduled date as conditions are favourable,” he added.