Confidence motion to reach its logical end on Monday: BSY 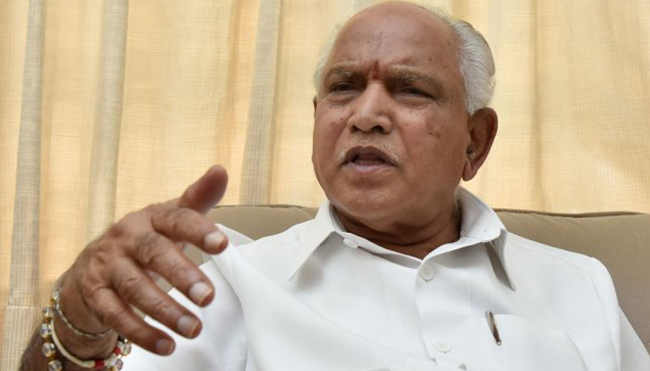 Bengaluru, Jul 21: Expressing confidence that the floor test sought by the Chief Minister H D Kumaraswamy will reach to its finality on July 22, Opposition leader in the Karnataka Legislative Assembly B S Yeddyurappa, who is also BJP State President, today said that the clouds of uncertainty whether the Congress-JDS Coalition Government enjoys majority or not, will end on Tomorrow.

Speaking to newsmen here, the BJP leader said that his party MLAs are maintaining a dignity in the House by not get provoked by the ruling party members, he said that “the process of confidence motion should end by Monday”.

Stating that the Supreme Court had already stated that the rebel legislators cannot be compelled to attend the Session, the BJP leader said that “in such situation, issuing whip by the Congress and the JD(S) to its rebel MLAs, dose not arise”.

Confidence motion to reach its logical end on Monday: BSY