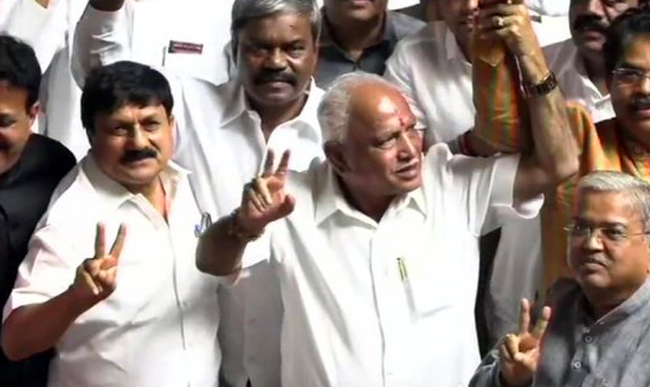 Bengaluru, Jul 23: The political crisis in Karnataka and the ensuing drama over the vote of confidence concluded after the JD(S)-Congress coalition lost the trust vote, here on Tuesday.

Following the trust vote, BJP leader B.S. Yeddyurappa will stake claim to form government in the next few days.

A total of 204 MLAs were present in the house, save the speaker, during the trust vote.