Congress has no morale to seek Veerashaiva Lingayath votes: Yeddyurappa 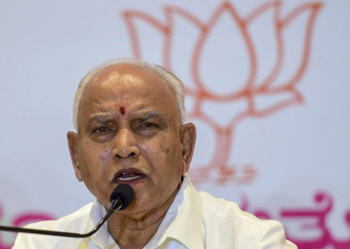 Addressing newsmen here on Thursday, he said “Congress is yet to come out with the reason for removing Patil from the Chief Minister post."

Congress has no morale to seek Veerashaiva Lingayath votes: Yeddyurappa