If voted to power, the Congress will consider framing a law for Sabarimala that will uphold the belief of the faithful, said AICC general secretary K C Venugopal. 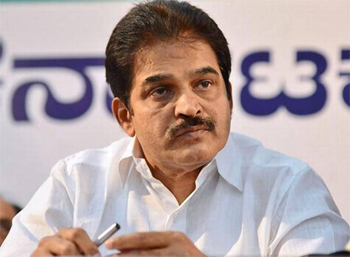 Speaking at the ‘Indian Vottu Varthamanam’ organized by Kesari Memorial Journalists’ Trust here on Sunday, he said that the Centre which kept silent when the court pronounced its verdict, was now saying that it will try to convince the court. “There was no restriction for the Centre for intervening in Sabarimala. When the Muthalaq Bill lapsed in Parliament, the Centre could pass an ordinance in a matter of days. In the case of Sabarimala too the Centre could have intervened. The mere dissent of one of the judges who pronounced the Sabarimala verdict itself is enough reason for the Centre to intervene,” he said.

Venugopal said the BJP and the CPM were playing an adjustment game in Sabarimala, which is evident from the words of chief minister Pinarayi Vijayan that it was the Centre that had asked the state government to impose prohibitory orders in Sabarimala.

“On one hand, the BJP tried to turn Sabarimala to a riot field, while on the other, the Centre instructed the state to impose prohibitory orders, as the chief minister himself has now revealed,” he said. Venugopal said that Prime Minister Narendra Modi was playing drama by trying to invoke Sabarimala in his speeches in Tamil Nadu and Karnataka.

The Congress leader also slammed the CPM’s stand against Rahul Gandhi’s candidature in Wayanad, and said that it was the Congress and not the CPM that is fighting the BJP in all other states. “There has been several instances when former prime ministers contesting from two seats. If Rahul Gandhi is contesting from a sitting seat of Congress, why is the CPM worried,” he said. The CPM had said that by fielding Rahul in Wayanad, the Congress has sent the message that its opponent is LDF and not the BJP.