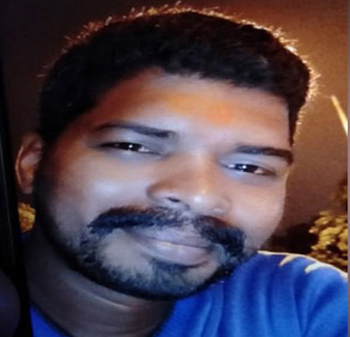 "Upon tracing him, Ganesh attacked two of our police personnel and tried to escape. To stop him, Inspector Mithun RT fired two rounds, one in the air and another at him and he got injured in his leg," said Deputy Commissioner of Police (North Bengaluru) Shashi Kumar.

The accused is currently receiving medical attention, the DCP informed.

Bengaluru city police on Thursday had arrested Sudhir Angoor, the Chancellor of Alliance University and the prime accused Suraj Singh in alleged connection with the murder case of the former Vice-Chancellor of the university.

Dr Dore was found dead on October 16 at 5.15 am in a park near his residence under RT Nagar police station limits.

"Sudhir Angoor wanted to take control of the university. He hired Suraj Singh to carry out the murder. Suraj along with five or six others killed Dr Ayyappa. On Sudhir's instructions, Suraj had kept a close watch on Dr Ayyappa for 4-5 months," the police had said.