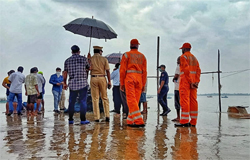 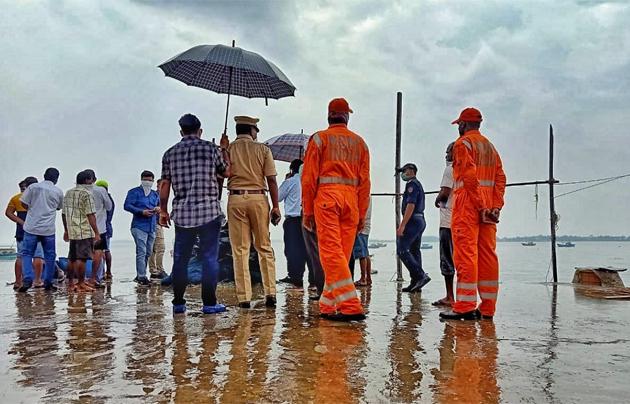 Mangaluru, Jun 3: Cyclone Nisarga did not land in Karnataka and has passed its border with heavy rains and strong winds, said an official on Wednesday.

However rains continued to lash parts of coastal Karnataka. There was no report of any casualty, the official added.

"It has already passed. We have not got any reports of fatalities. A heavy rain was expected and the deputy commissioners were alerted. Fishermen too were warned," said Karnataka State Disaster Management Authority (KSDMA) Principal Secretary T K Anil Kumar.

Kumar said Nisarga's actual landing is in Maharashtra and the warning was given for that state and Gujarat.

"In the fringe proportion (of Karnataka), high winds were expected and fishermen were warned not to venture into the sea," he said.

Kumar said the department interacted with the deputy commissioners of Belagavi, Uttara Kannada, Udupi, Dakshina Kannada, Chikkamagaluru and Shivamogga and alerted them about heavy rains.

The teams have been mobilized from Guntur in Andhra Pradesh.

"More rain is predicted in coastal districts. Wind speed too will be more in coastal areas," said Reddy.

According to a Met Department official, the track of Nisarga is expected to be 200-400km off Karnataka coast.

"Sudden wind speed had been reported along the coast. We had issued port warnings," said the official.