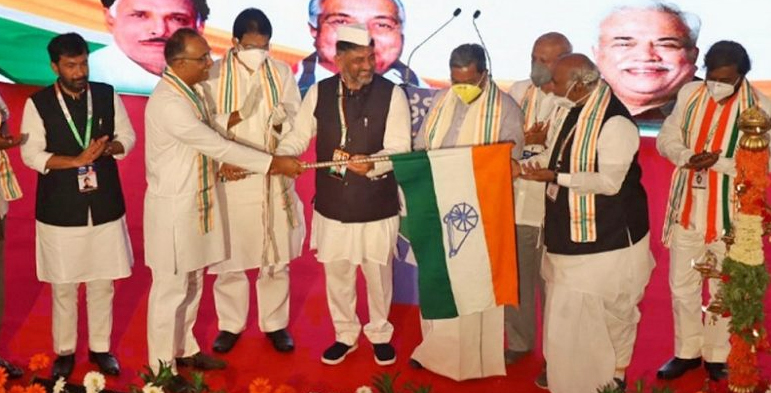 Bengaluru, July 2: Congress leader and seven-time MLA D K Shivakumar today took charge as the president of the Karnataka Pradesh Congress committee in the presence of senior leaders of the party.

The formal was held at the KPCC office in Bengaluru. The ceremony is said to be a first of its kind in the country as 10 lakh people from the remotest corners of the state — 462 blocks and 6,000 gram panchayats and municipalities across 7,800 locations —witnessed it online.

Dinesh Gundu Rao , MLA, and immediate past president, handed over the party flag to Mr. Shivakumar. Senior leaders Siddaramaiah, Mallikarjun Kharge, and other MLAs and MLCs attended the programme.

AICC general secretary in-charge of Karnataka K C Venugopal spoke on the occasion and lashed out at the Modi government for poor handling of economic and health issues in the country.