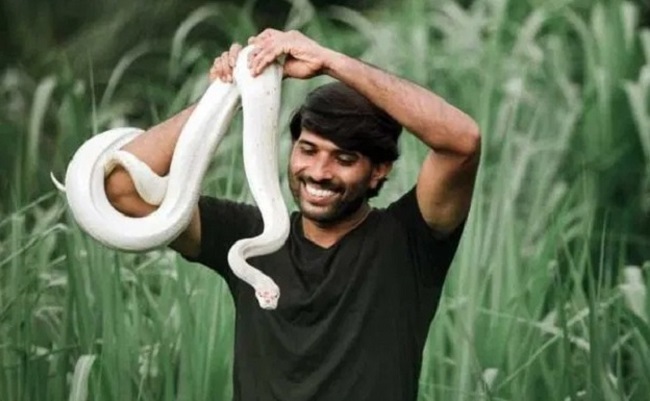 Bantwal, Jun 5: A very rare white python, which had entered a house at Kavalakatte in Bantwal taluk of Dakshina Kannada, was caught by snake catcher Snake Kiran on Friday handed over to the authorities of Pilikula Nisargadhama.

This extremely rare white coloured python known as Albino was seen in the house of one Naushad.

The occupants of the house as well as residents of the area were panicky over seeing it.

Later a friend of Naushad informed Snake Kiran who caught it and handed over to the care of Pilikula as per the advice of forest officer Sridhar.