A decision on confidence motion has to be taken today: Speaker 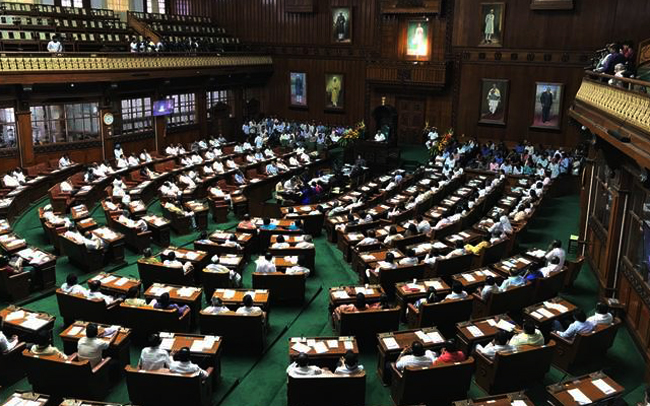 Bengaluru, Jul 22: Karnataka Assembly Speaker K R Ramesh Kumar on Monday said a decision on the confidence motion has to be taken today.

"Don't repeat what I already said on Friday. I have already said that the decision is to be taken today," he said when BJP MLA Madhuswamy told the Speaker that floor test should be completed today.

"I will have to pass a ruling today. I was delayed as I was checking the Supreme Court order...in your speeches today, make sure that that the dignity of Assembly, Speaker and also image of you as MLAs," Kumar said.

On BJP MLA Jagadish Shettar asking for time limit on debates during trust vote, the Speaker said, "I am not setting a time limit. I am asking treasury benches to consider the commitment that decision has to be taken by today. Instead of the Speaker giving time limit, people should take it upon themselves. There is no ambiguity on my part."

When BJP MLA Madhuswamy told the Speaker that floor test should be completed today, the Speaker reported, Don't repeat what I alre"ady said on Friday. I have already said that the decision is to be taken today."

On Friday, the Assembly failed to meet two deadlines set by Governor Vajubhai Vala to complete the trust vote.

A decision on confidence motion has to be taken today: Speaker