Chikkamagaluru, Feb 19: A 31-year-old homemaker was murdered and valuables, including 100gm of gold and 2kg of silver, were reported missing from her house in Kadur town of Chikkamagaluru district late Monday evening. Her 11-month-old son, who was with her at the time of the attack, had a miraculous escape. 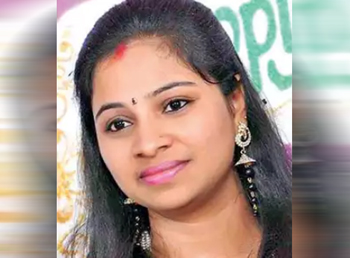 Police said Kavita's husband Dr Revath was away in his clinic in the town's Kadur-Birur road along with their first son, 5. Kavita, who has done MA and from Udupi, and the dentist married seven years ago.

District superintendent of police Harish Pandey has formed a special team to probe the incident that took place in Lakshmish Nagar in the town.

According to police, Kavita spoke to her husband around 6.45pm on Monday and didn't answer his subsequent calls, triggering a strong suspicion in him that something was amiss. He called his relatives living nearby to check on his wife. The relatives rushed to the house only to find the main door locked.

Since Kavita didn't answer the doorbell, they force-entered the house from the rear door and found her in a pool of blood. She was taken to a private clinic where doctors declared her brought dead.

Police said the woman was killed by a sharp weapon by slitting her throat between 6.45pm and 8.15pm. The rooms and almirahs had been found ransacked. At least 100gm gold ornaments, 2kg of silver and cash were missing from the house.