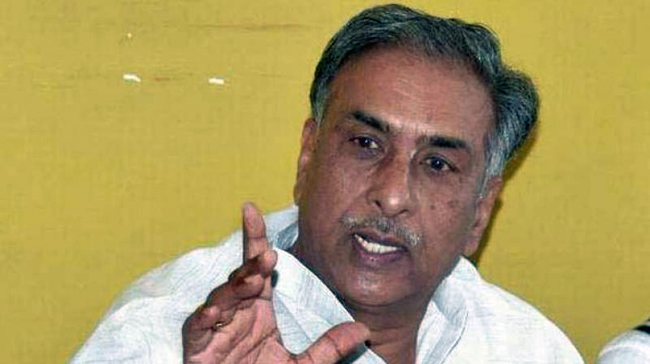 Hubballi, May 18: Amid confusion among top leaders of Coalition partners Janata Dal(S) and Congress that has left the Karnataka government face uncertainty, senior JD(S) leader and former Minister Basavaraja Horatti has said that it was better to dissolve the government rather than face such constant confusion.

In an exclusive interview to UNI Kannada Service, Mr Horatti said that JD(S) had formed coalition government for three times in the State but they were short lived mainly due to this factor as confusion an and the present JD(S)-Congress government headed by Chief Minister H D Kumaraswamy was facing the same problem. “Under such circumstances there are two ways before the leaders of the two parties. Either they should stay united or dissolve the Assembly and go for fresh election,’’ he added.

Horatti, who was also the Chairperson of Legislative Council earlier, said there will be leaders in all parties who always want to create confusion. ‘’These leaders who wanted to please either Mr Kumaraswamy or Coordination Committee Chairman Siddaramaiah have been giving such confusing statements saying that Siddaramaiah should become the Chief Minister once again. The leaders should not support such elements,’’ he opined.