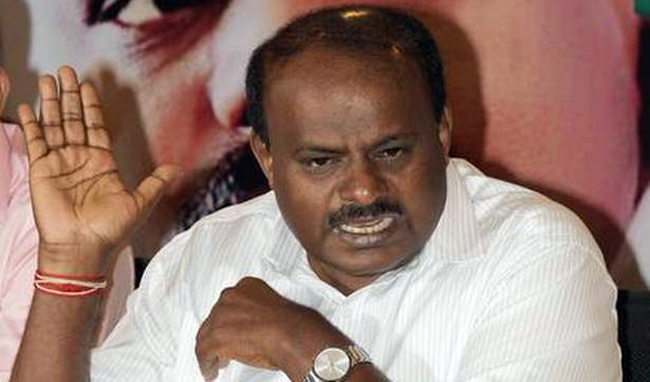 Bengaluru, May 18: After some sniping between the coalition partners. Karnataka Chief Minister HD Kumaraswamy on Saturday asked leaders of his own party Janata Dal-Secular (JD-S) and of Congress to abstain from commenting against each other.

"We are on the verge of forming a new government at the Centre. At this juncture, where all efforts are being made to form non-BJP government at the centre, the contradictory statements by leaders of coalition partners #Congress-#JDS may mar such efforts," a tweet by Kumaraswamy read.

In his second tweet, he said "Hence my humble request to the leaders of both the parties to restrain from making contradictory- controversial statements in public and to support the cause," his second tweet read.

Congress and JDS are in an uneasy coalition with differences within coming out in open often.

Most recently, in a veiled jibe at his predecessor Siddaramaia of the Congress, Kumaraswamy said on Tuesday, "Mallikarjun Kharge should have become the Chief Minister long ago. I feel that injustice has happened with him. I would like to clearly state that, even I feel that, Kharge has not been given recognition for all the work he has done."

Siddaramaiah hit back saying even H D Revanna, brother of Kumaraswamy, is a chief minister material.