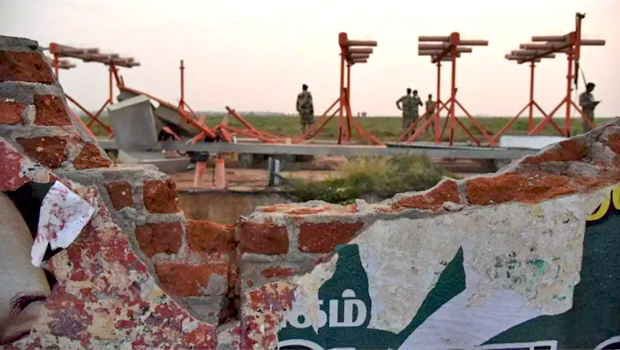 Mumbai, Oct 12: A Dubai-bound Air India flight had a close shave when it hit the ATC compound wall at the Trichy airport on Thursday night.

The incident took place at a time when the plane was moving towards the runway with 130 passengers on board. It is reported that a part of the plane hit a wall which damaged its underbelly. After initial repairs, the plane took off for Mumbai at around 0120 hours where it was made to land on priority and complete repair was undertaken.

The plane eventually took off for Dubai and completed an uneventful journey from hereon. It is reported that there was no injury of any kind in the incident.

Meanwhile, the pilot and the co-pilot have been de-rostered pending completion of the investigation. Air India has informed DGCA about the incident.

Tihis is result -lack of knowledge lack of experience a influenced recruitment.  Not fit to drive autorickshaw. If it is happen in Mangalore then direct to Kenyaar pond a another disaster. With the advanced technology pilot can easily observe n control the game flight.

Only Almighty has save all innocents life.

Even priver guilty with in short period he permitted to fly with clean chit by the support of dirty politicians.