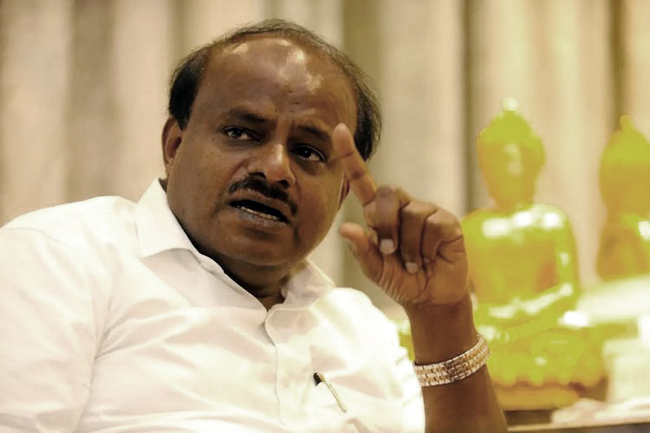 Mysuru, Sept 21: Janata Dal (Secular) leader and HD Kumaraswamy on Saturday said that there will be no coalition with Congress in the upcoming by-elections and these elections will decide the fate of the present government in the state.

As Election Commission on Saturday announced the Assembly by-elections scheduled to take place in the state's 15 constituencies, Kumaraswamy during the wormers meeting here asserted that "the upcoming by-elections will decide the fate of the present government and his party will content and fight in all the constituencies."

"In the by-elections, we will definitely win in Hunsur where H Vishwanath, former JDS state president contested. There will be no coalition with Congress in by-elections," he added.

Kumaraswamy further said that his party needs to win in eight out of 15 constituencies to destabilise the Yediyurappa government.

"Other parties in the state are trying to create confusion among the citizens and that's the reason we have called this meeting in order to convey our clear message to both the national parties. JDS is a cadre-based party and we will continue to fight like this," he added.

Kumaraswamy stated that he has waived off farmers loans and fulfilled the promises made before the elections but did not get much publicity for the same.

The by-elections in Karnataka will be held on October 21 in 15 constituencies that were vacated by rebel MLAs of Congress and JD(S). The counting of votes will take place in the same week on October 24.