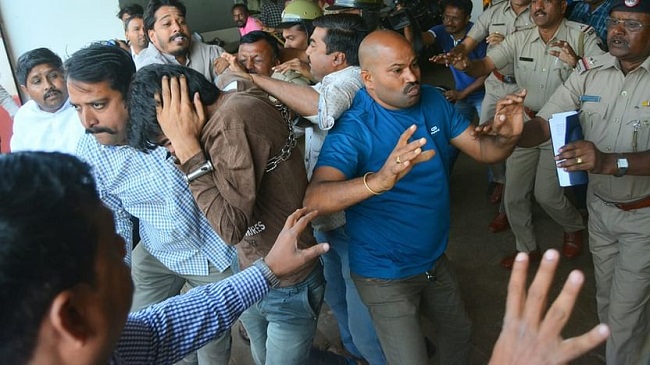 Hubli, Feb 19: The Karnataka Police on Wednesday registered a case against unknown persons for assaulting three Kashmiri students in the court premises here.

A suo motu FIR has been registered at Vidyanagar police station of Hubli in which assault charges have been filed against 10 to 15 unknown people.

It can be recalled that on February 17 these three Kashmiri students were attacked in court premises after they were produced in court on charges of sedition.

The Kashmiri students were arrested here on February 15 after their video in which they are seen allegedly raising pro-Pakistan slogans went viral.

The students were studying at the KLE Institute of Technology on a central government scholarship.