Bengaluru, May 9: The police have arrested five persons following the coldblooded murder of a youth over smartphone ludo game at Ilyas Nagar in Kumaraswamy Layout in the city. 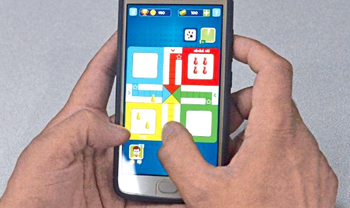 The victim, Mohammed Ali Shaahib, a fabrication worker hailing from West Bengal, was allegedly stabbed by his friend Sheikh Milan.

The incident took place on Friday night when Milan and Shaahib  were allegedly placing bets on the game. Shaahib is said to have won and demanded his victory money from Milan, who refused to pay. This resulted in a verbal altercation between the two. Milan and four of his associates reportedly attacked and stabbed Shaahib over this.

“After attacking Shaahib, he called the other accused, Nayaz, Ajju and two others to the spot. All the five then assaulted the victim, stabbed him behind the ear and escaped. A profusely bleeding Milan was shifted to a nearby hospital and from there to another hospital in Jayanagar enroute to which he died,” said an officer.

Police arrested Milan, Nayaz, Ajju, Ali and one other person. They are investigating whether his other friends who were part of the game are involved in the crime. Police added the group would meet often for the game and placed bets.