Geo-mapping of over 6 lakh registered Waqf properties to be completed by 2022: Naqvi 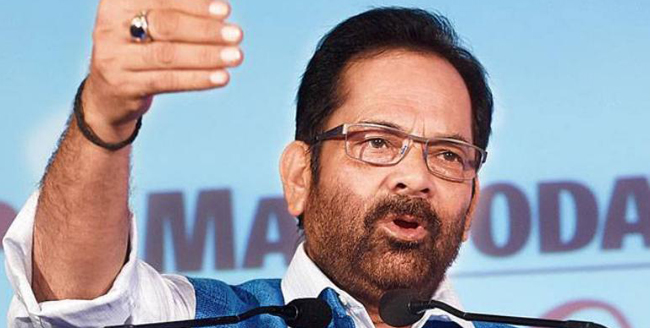 Kochi, Nov 8: Union Minority Affairs Minister Mukhtar Abbas Naqvi on Friday said the geo-mapping of over six lakh registered Waqf properties in the country would be completed by 2022.

"Over the past five years, more than 98 per cent of Waqf properties have completed the digitisation. The geo-mapping of over six lakh registered Waqf properties in the country will be completed by 2022," Naqvi said while inaugurating the South Indian Mutavalli conference here.

The Union Minister said that through digitisation and geo-mapping, many of the missing Waqf properties were made part of the Waqf documents.

The Central government is providing 100 per cent funding under Prime Minister Janwikas' plan to develop schools, colleges, ITIs, polytechnics, hospitals and skill development centres, the minister said, adding the project is expected to expand across the country by 2020.

Highlighting the efforts taken by the Central government for the minority students, he said: "In the last five years, 3.18 crore minority students have been given central scholarships and 50 per cent of these were girls."

Naqvi said the Central government is committed to providing scholarship benefits to five million minority students in the coming years.

Geo-mapping of over 6 lakh registered Waqf properties to be completed by 2022: Naqvi