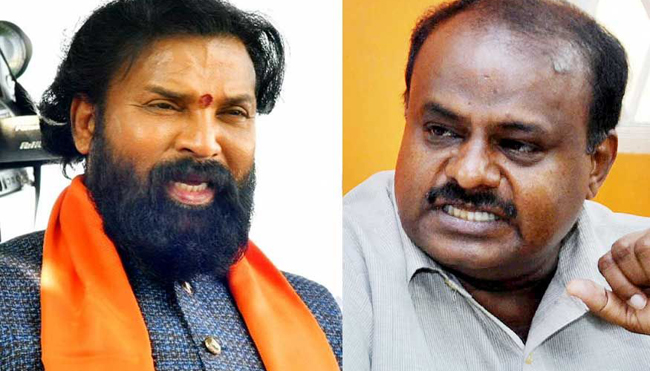 Bengaluru, Jan 25: Karnataka Health Minister B Sriramulu on Friday, hit out at JD(S) leader HD Kumaraswamy, accusing the former Chief Minister of pursuing "vote bank" politics and advised him to move to Pakistan.

"It is better to move to Pakistan...if he shows so much love towards Pakistan, why should he live in India? He should not do dual politics like this. He wants to be fair to Pakistan and also to India," Sriramulu said.

Terming it as "double standards", the Minister said: "From so many years, you have been doing vote bank politics. You have to understand one thing...you are the son of former Prime Minister and also a former Chief Minister. By giving these type of statements, I think it will hurt the citizens of India. If you want to do vote bank politics I must suggest that it is better to leave the country."

His statement comes after Kumaraswamy took a jibe at BJP over its "obsession with Pakistan".