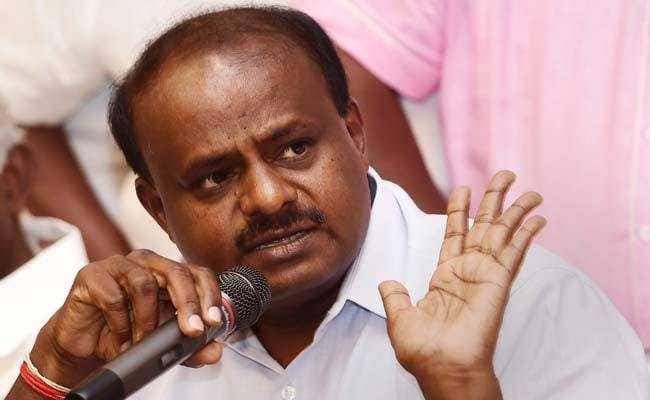 Bengaluru, Jun 18: Karnataka Chief Minister HD Kumaraswamy, on Tuesday, addressed the issue of water crisis in the state and said that the state government is making efforts to fill up lakes across the state and has ploughed in over Rs 250 crores for the same.

"We are trying to fill all the lakes and tanks as soon as possible. We are spending Rs 253 crores to fill the lakes. It really helps to fill the tanks after filling lakes because groundwater level will automatically rise. It is bad luck of our state that we are unable to use reservoir water of dams built in our state," he said.

"We have to leave so much of water to Tamil Nadu because the authority says that. That's why we are here trying all possibilities to fill all the lakes as soon as possible," he added.

Kumaraswamy also met the family members of farmer Suresh who allegedly committed suicide by hanging himself in Mandya.

He said that private loan providers are responsible for creating this vicious web of loans and stressed on the need to regulate them.