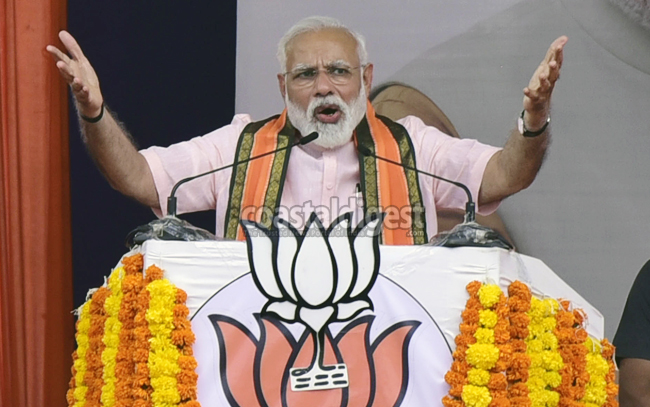 Speaking at a well attended ‘Vijaya Sankalpa Yatra’ election rally, Modi harped upon the statement made by Revanna, the PWD Minister in Madikeri yesterday, who had said that he would retire from politics if Modi become Prime Minister again after 2019 Lok Sabha elections. ‘’Such statements cannot be taken at face value’’.

"Devegowda had also announced before the last election that he would take ‘Sanyas’ from politics if I became the Prime Minister. But he did not," he said.