Mysuru, Aug 24: Former minister and BJP leader A Manju on Friday said he had warned the Congress leadership, mainly former chief minister Siddaramaiah, against a tie-up with the JD(S) in the aftermath of hung assembly. 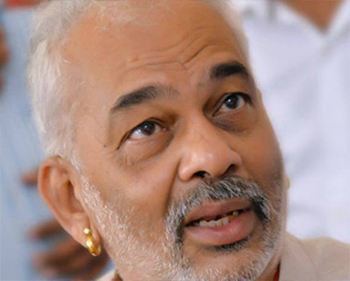 “But I was overlooked by the party leaders even as Siddaramaiah kept quiet as the Congress high command had intervened. I’d warned that Congress will receive setback in case of a tie-up with JD(S). Now Siddaramaiah has realised what I’d warned about,” he told reporters.

Referring to Siddaramaiah’s barbs against him during the Lok Sabha polls, Manju, who was a close associate of the former CM, said he played into the hands of former minister H D Revanna and campaigned against him in Hassan. “Now he must have realised that it was a mistake,” he argued.

Though he criticised Siddaramaiah, he asserted that the Congress leader has not forgotten his ideologies. He knew about Gowda’s family but was forced to keep quiet as the Congress high command had intervened, he said.

While the people have rejected Gowda family members, he still continues to push them into politics, he said. They will be fielded in the by-polls to the assembly segments, he said. He also criticised Gowda for his statement that the apex court has allowed phone tapping.

Meanwhile, former minister and BJP vice-president V Srinivasa Prasad said both Gowda and Siddaramaiah are ungrateful and have stabbed people in the back who have promoted them. “Both are backstabbers,” he told reporters. He said the two leaders took on the saffron party during the Lok Sabha polls but are now indulging in blame game. The two parties are in opposition now. They should play constructive role, he stated.