The Guidance of Prophet Muhammad (pbuh) for a Plural Society 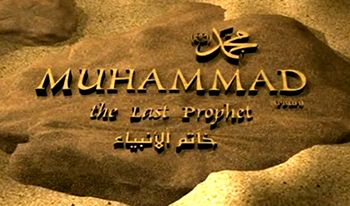 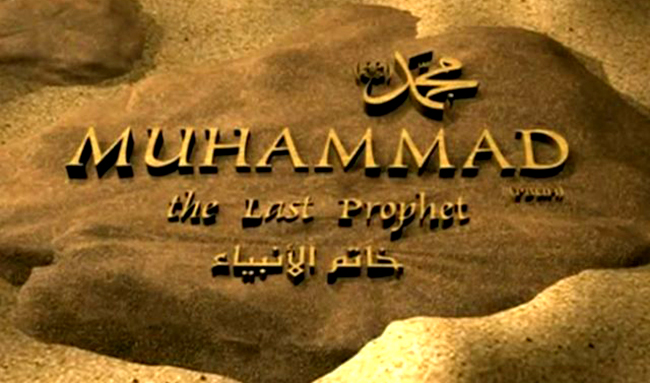 We often get involved in the discussion of right and wrong, right in terms of the values with which a society should be adorned with, wrong in terms of the evils that a society should be void of. This particular aspect of discussion seems common, it can be argued as and when required both for an individual and a group. For a plural society like India, this aspect demands seriousness. Priorities like prerequisites of the cultural plurality, communal harmony, human dignity, mutual co-operation, promotion of virtues and eradication of evils, the essence of leadership, the role of citizens etc. emphasize a humane approach.

The era of Prophet Muhammad (peace be upon him) witnessed almost a similar kind of situation, a multicultural society with varied faiths and traditions. He (pbuh) addressed the core issues, established a peaceful society, prepared a huge group of believers and revolutionizes the Arabian Peninsula within a span of 23 years. The process expounds the dynamics of change for both individual and societal levels and provides with the requisites of guidance. It clearly states the dynamics of change for a plural society like India. Here is a relative discussion that compares the era of Prophet Muhammad (pbuh) with the present one. Let us delve with its details.

The crux of social destabilization was the degradation of humans; people were severely divided into different classes and categories. Lawlessness, causeless and bloody quarrels, immorality and skepticism was defining the social misery.

Prophet Muhammad (pbuh) addressed these issues with a humanitarian concern and openly proclaimed unity of humanity, emphasized that there is no rank; color and race, all are just like a family of God. A person is good in the sight of God only if he is beneficial to human beings. Prophet Muhammad (pbuh) moved further and elaborated the sacred nature of man that he has been created on the face of God; he is superior over all other creations, so any act of dehumanization is strictly unacceptable. Not to talk of human rights violation, even slapping on one’s face has been strictly prohibited. He greatly emphasized that honoring humans is just like honoring the God.

The impacts of noble teachings saw a state of amaze, a sense of sacredness’. The unity of humanity got cultivated and paved the way for an overall involvement to live and strive together. It authenticated that the whole society is a vibrant composition of family members; everyone strives at all levels for the betterment, equally shares pains and gains and understands that the benefits and loses are interconnected. This zeal and selfless spirit tells a refurbishing story that they are, in real sense, not thriving for the society as a whole but for their household matters.

The teachings of Prophet Muhammad (pbuh) resulted in the restoration of human dignity, popularized the concept of brotherhood, minimized the causeless feuds between different sections of the society and put an end to all forms of disorders.

Association of Faith with the Conduct

For those who believed in Islam, the Prophet (pbuh) admonished them to be the epitome of ‘the idea of unity of humanity’, and associated their faith with the overall conduct. This has been one of the noblest facets that testify Prophet Muhammad (pbuh) was raised for the whole mankind. According to his teachings, the pious are the ones who are of good conducts. That is, a person is a true Muslim only when he likes his brother what he likes for himself. A Muslim is good in the sight of God if he is good to his friends and neighbors, no matter who they are? A believer should be innocuous, simple and empathetic; his persona should be void of negative traits.

Adherence to the teachings on religious tolerance regarded as an essence of high moral standards. Behaving well with the followers of different religions and not to scold their deities has been greatly emphasized. A letter given by Prophet Muhammad (pbuh), termed as “Charter of Privileges” to the St. Catherine Monastery is a clear indication, wherein very specific instructions were given to the Muslims of that region as to behave well with those who are not believers. For a true Muslim, even a misconduct of an insignificant nature poses serious threat to his faith.

The spirit of a revolutionized society  maintained by developing every individual as its soldier, whose primary duty was to ensure a healthy balance between virtues and attitudes and eradicate everything that is harmful to the cause of society. The instructions of Prophet Muhammad (pbuh) were just like an ‘open license’ to every person to be alert to strive for the annihilation of vices and be responsive towards the virtues to enjoin in accordance with their spirit. Lend helping hand to those who are engaged in promotion of virtues and eradication of evils.

This task of promotion and eradication has been made obligatory, strict adherence of which regarded as a prerequisite of one’s faith. The Prophet (pbuh) categorically specified that any kind of negligence towards the task would simply adulterate the good deeds then even a single prayer won’t be accepted. As a result the society got adorned with pious persons about whom there was a common belief that they were like saints in the night and soldiers during the day time.

Visualization of such an exemplary society for the present age is possible only with a dual task of articulation and adoption of the ground-breaking features of that time. It is about ensuring a society where every member is a law abiding authority, very cautious for promotion of virtues and eager for annihilation of anything detrimental to the cause.

Prophet Muhammad (pbuh) outlined the importance of effective leadership along with the leader-follower relationship for a prosperous society. For a leader few things were greatly underlined, that he is accountable and responsible for everyone, living and non-living being of his jurisdiction. It’s an obligation on him to strive hard for their betterment, with the same amount of enthusiasm and concern as he nurture for his own needs; else he won’t even feel the smell of Paradise. And that the leader in real sense is a servant, and he is supposed to benefit himself after serving his followers. The leader shouldn’t opt for the position, rather the masses, as a whole; elect him unanimously on the basis of his great characters, human loving and selfless service nature.

The values that the leaders and followers share define their relationships and roles; the society simply reflects the same. The greater the relationship greater will be the roles and even greater the scale of a prosperous society.

In a society wherein the plurality of faiths exists, the Prophet (pbuh) insisted on two things, one there should be deliberate attempts to exchange views, informations and commonness of the cultures. Everyone should try hard to communicate in a way that is better in all sense, with no blend of any element of compulsion and coercion. Secondly, He insisted on forming an association of followers of different faiths to strive for the protection of human rights, dignity and honor. Prophet Muhammad (pbuh) had expressed his wish of joining hands with the followers of different religions for such a noble cause.

The “League of the Virtuous” (Hilf-al- Fudhul) was a treaty formed during Prophet’s adolescence, He (pbuh) once said “the best part of my past life was spent in the activities of Hilf-al-Fudhul, that service has given me much honor and respect. I would not have stepped out of that agreement even if I were to be offered one hundred red camels”. (Biography of Ibn Hisham).

India, after the independence, has progressed a lot. In spite of a healthy progress, we Indians, at large; seem to be involving ourselves in those things which are of less interest to the Nation as a whole. Look at the two contrasting faces; one, the silence and sectarian dwelling, we often find that the issues concerning a particular community, confined to its issues only, others barely find need of lending their helping hand. Secondly, no collective depiction of peace, unity, integrity, mutual co-operation and understanding has been ensured, not, atleast, as frequent and large as the destructive activities and corrupt practices take place.

It’s a fact that our plural society is void of collective efforts of the followers of different religions. The situation appears quite alarming when we look at our Indian constitution that emphasizes our existence as “we the Indians”. Unarguably, there is a dearth of common program of betterment that in turned paved the way for the designs of divisive forces to create havoc. One of the main causes of worsening of social and economic conditions of our people is also the same. It’s high time that we should come forward to set an example of love, trust, honor and mutual-cooperation.

This way India can strike a balance cord between material and spiritual progress and can be a great example of human honor and dignity. Religious understanding, blend of the commonness and collective struggle would do the magic. The message and teachings of Prophet Muhammad (pbuh) could be sure cause of advancing the cause of a prosperous society and revival of the spirit of Unity in Diversity.

The Guidance of Prophet Muhammad (pbuh) for a Plural Society