HAL employees to continue strike as talks with management fail 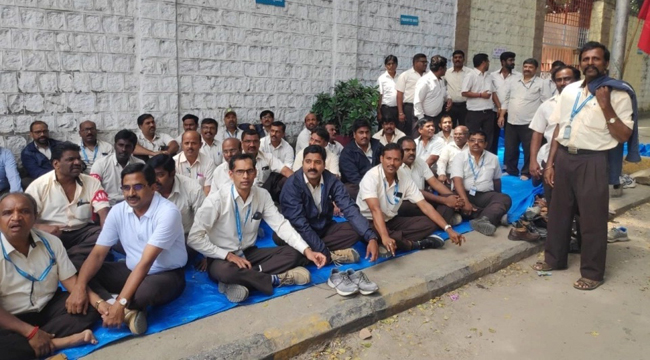 Bengaluru, Oct 15: The management of the public sector aircraft maker Hindustan Aeronautics Ltd (HAL) said the wage revision offer that included hike in emoluments for its employees between nine and 24 per cent was reasonable and good, but the Employees coordination committee which began the indefinite strike today said the management's claim was not in-tune with the wage agreements in other Defence PSUs.

Addressing a press conference HAL Finance Director C B Anantakrishnan and Director HR V M Chamula said the wage hike offered by the company would benefit the employees (other than executives who are not on strike) to the extent of Rs 16,000 with an average pay hike of 17 per cent.

On the contrary the employees unions said the claim Of HAL management was not in tune with the demand made by the employees, nor was it was in conformity with the wage agreements finalised by other Defence PSUs. ''The Unions are demanding for the benefits on par with other PSUs which have arrived at the settlement with five years periodically in previous Wage Revisions of 2007-11 and 2012-16, but the same PSUs entered into the wage agreement to the entered into the wage settlement with effect from January 1, 2017.

HAL employees to continue strike as talks with management fail