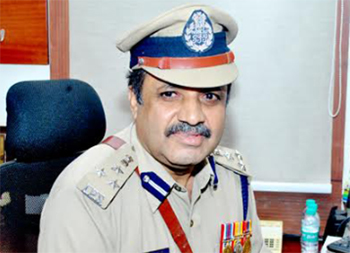 The video which criticizes Poojary was recorded after the former union minister reportedly spoke in favour of the construction of Ram Mandir, claiming that no community was opposing the temple.

The unidentified person in the audio message demands Janardhan Poojary needs to be encountered or deported from the country along with everyone who demands for Ram Mandir.

He demands Muslims to not support Congress until Poojary is suspended from the party. “Janardhan Poojary was born to RSS. He has association with the RSS and tries to hide his identity behind the Congress mask. I have been repeating this fact for 10 years, but I was rebuked. However, things became clear after he invited Kalladka Prabhakar Bhat and other RSS affiliates, and not then chief minister Siddaramiah for his book release.”

The person speaking in the audio goes on to regret “that dirty-man like Poojary has been gifted a long life by God which is unfortunate.”

The person then snubs Poojary for his statements against Siddaramaih during the previous Assembly election, blaming him for the downfall of Congress in Dakshina Kannada. “Top Congress leaders owe an explanation to public on why a person like Janardhan Poojary has been retained in the party for so long. If he has to die after destroying the party, then what contribution he can claim towards the party?” the man questions.

The top cop told coastaldigest.com that a suo motu case has not been taken up but investigation and necessary action will be taken once a complaint is filed.