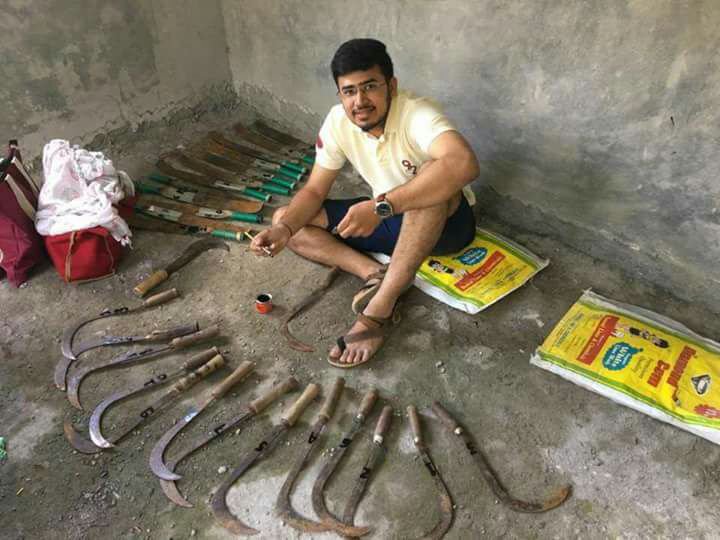 Bengaluru, Apr 12: The Karnataka High Court on Friday set aside the temporary injunction passed by a sessions court in Bengaluru restraining media houses from publishing what Bengauru South BJP candidate Tejasvi Surya termed as "defamatory" content against him.

The direction came in response to a PIL filed by the Democratic Reforms Organisation, which had demanded that the high court dismiss the injunction, media reports said.

Surya had moved court and sought a ban on publication of allegedly defamatory statements against him. On March 29, the city civil and sessions court had directed the media from publishing anything false, malicious and derogatory against the young candidate.

The order barred 49 media organisations from publishing any such news against the 28-year old. The media houses included most English and Kannada newspapers and television news channels, and social media platforms such as Facebook, Twitter and WhatsApp.

The suit and the consequent order came in the context of, also mentioned by Surya in his prayer, certain #MeToo allegations on Twitter and their subsequent reports. While the Twitter user who levelled the allegation later deleted the tweets, she put out another statement seeking the issue be put to rest. The said tweets are now unavailable.

Overturning the gag order, the high court on Friday said the media could not be restrained from publishing content except that which is defamatory in nature. The court added that Surya can approach the Election Commission of India if he comes across defamatory content being published against him.

Surya’s nomination from the prestigious Bengaluru South Lok Sabha seat came as a surprise as Tejaswini Ananthkumar, the widow of Union minister Ananthkumar who passed away in November last year, was considered the front-runner. The minister had won six straight terms from Bengaluru South between 1996 and 2014.

Surya will contest against the Congress’s BK Hariprasad, a party veteran and Rajya Sabha MP who had lost the 1999 Lok Sabha elections to Ananthkumar by 65,000 votes.