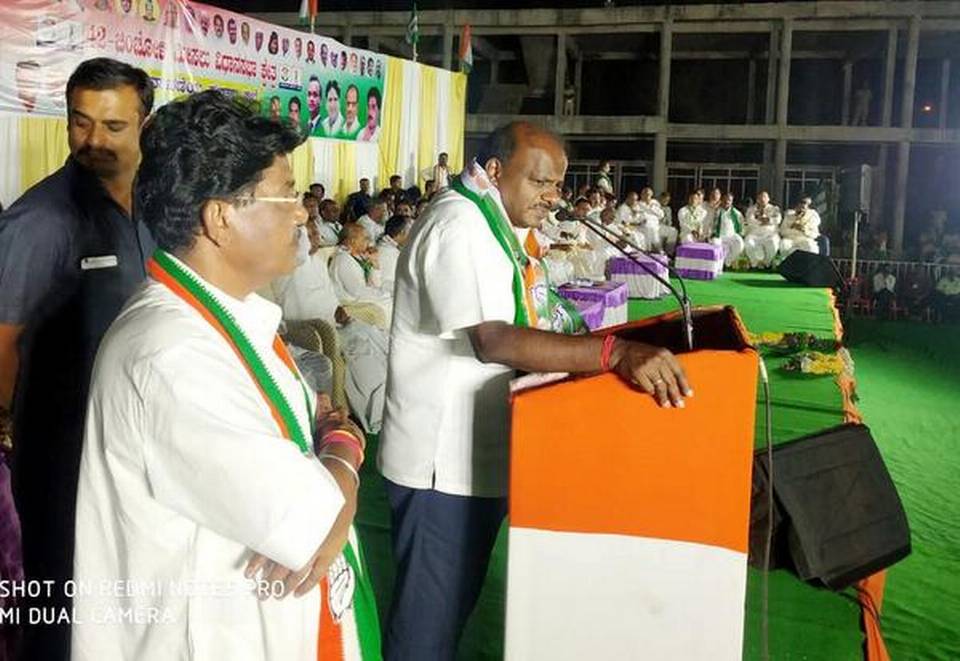 Kalaburgi, May 15: Even as talk about who should be occupying the post of Chief Minister has led to much tension in the State in recent days, Chief Minister H.D. Kumaraswamy said on Tuesday that Congress veteran M. Mallikarjun Kharge should have got the post a long time ago.

“We, the politicians of the State, are responsible for denying [him] the Chief Minister’s post,” he said emotionally.

Mr. Kharge was among those present on stage at the bypoll campaign programme in Chincholi where the JD(S) leader was speaking. He was seen as a probable CM candidate many times in the past couple of decades, but never ascended to the post.

During his speech at the mass meeting held in support of Congress byelection candidate Subhash Rathod, Mr. Kumaraswamy claimed that his government would become stronger after May 23, when the Lok Sabha election results are scheduled to be announced.

“BJP leaders are setting deadline after deadline for the fall of the State government. The latest is May 23. Nothing will happen. In fact, my government will get stronger after May 23 as it is enjoying the strong support of Congress leaders such as Mallikarjun Kharge and Siddaramaiah,” he said.

Pointing to the financial aid extended by the Union government to Maharashtra for taking up drought relief works, the Chief Minister alleged that the Modi government was discriminating while offering States aid.

“The Union government has sanctioned ₹400 crore to Maharashtra for drought relief. But it has not given anything to Karnataka though we too are reeling under a harsh drought. It has not cleared the ₹1,400 crore dues payable to MNREGA workers in Karnataka. We, the State government, have released ₹1,200 crore to pay labourers,” he said.

The Chief Minister also alleged that the Centre was harassing farmers who had borrowed from nationalised banks by issuing notice to them. “We are seriously working on fulfilling our loan waiver promise. But the Union government is issuing notice to farmers for loan recovery,” he said.