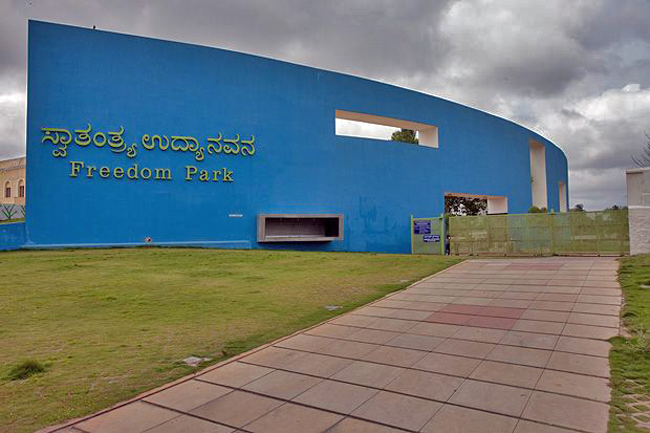 Bengaluru, Feb 22: The Hindu Mahasabha has decided to carry out a 'cleaning ceremony' by using 'gau-mutra' (cow urine) to purify Freedom Park, where pro-Pakistan slogans were shouted as a protest against the CAA, NRC and NRP.

On Thursday, an 18-year-old girl Amulya Leona hadraised slogans of 'Pakistan Zindabad,' after the organisers of the event under the banner of 'Save Constitution' invited her to address the gathering. AIMIM chief Asaduddin Owaisi soon rushed and tried to snatch away mic from her hand.

Amulya, who was arrested by the police soon after the event on charges of Sedition, was remanded to 14-day judicial custody.

Associates of Amulya insisted that she was trying to make a point that nobody in the anti-CAA rallies would hail a ‘long Live Pakistan’ slogan while they would do so for a ‘Long Live Hindustan’ chant.

“She is not dumb. She knew exactly what she was saying. She had a clear narrative in mind, but was interrupted before she could complete it. Her half-comments are now being taken out of context,” said Sujnan, another student-activist.

“In the end, the campaign is not involved with whatever she said or intended to say. It falls on her to explain herself,” said a protest organiser.