I just exposed the truth, says Roshan Baig, hits out at KPCC for double standard 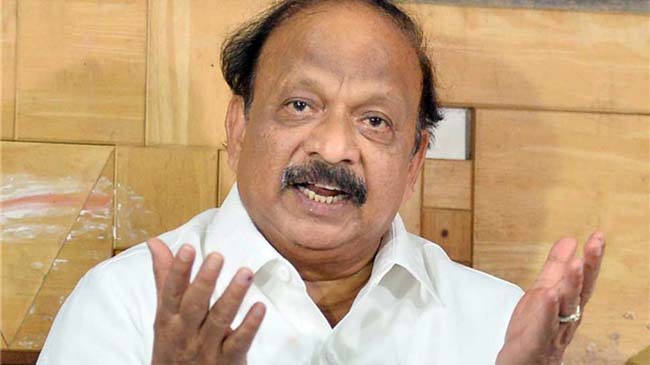 Bengaluru, Jun 19: Former Karnataka Minister and suspended Congress Legislator, while strongly defending his criticism made against a few senior Congress leaders, declared that he would remain as a party’s loyal worker.

Addressing a press conference here on Wednesday, Baig, who had dubbed the AICC General Secretary K C Venugopal as a ‘Bafoon’ and the KPCC President as Dinesh Gundu Rao as a ‘flop hero’ has said that “ I had raised voice against the party’s poor debacle in the Lok Sabha election and spoken the truth”.

Stating that the State Congress leaders have failed to find reasons for the poor show of the party in the Lok Sabha election, he said that “I never criticised the AICC President Rahul Gandhi”.

Expressing anguish that the KPCC leaders while recommending disciplinary action only on him, he said that “there are several leaders who were responsible for the regretful defeat of K H Muniyappa, Mallikarjuna Kharge and JD(S) leader H D Deve Gowda, but the KPCC had not bothered to take any action on them”.

Maintaining that he has not done any anti-party activities but only brought out the truth, he said that “I will take future course actions after consulting party workers and leaders like Ramalinga Reddy, Mallikarjuna Kharge and others”.

The Party High Command, which had taken Baig’s remarks seriously had ordered his suspension from the party on Tuesday.

The Congress MLA had also not bothered to reply a show-cause notice served on by the KPCC for making unsavoury remarks against the party leaders.

I just exposed the truth, says Roshan Baig, hits out at KPCC for double standard