New Delhi, Jul 22: Ahead of the scheduled trust vote in Karnataka Assembly, BJP ally Shiv Sena on Monday said chief minister HD Kumaraswamy should have resigned as he has lost majority and asked the Centre to either dismiss the Congress-JD (S) government or impose President's law in the state. 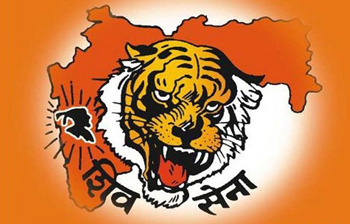 "Everyone in Karnataka is flouting democracy norms. Why is the Central government quietly watching this drama by both sides? Either impose President's rule or dismiss the Karnataka Legislative Assembly. Do anything but finish this drama in Karnataka," Shiv Sena said in an editorial in its mouthpiece Saamana.

It further said: "It is hard to predict when this drama would come to an end. Kumaraswamy should have left the government following the democratic and Parliamentary tradition. The country is watching that a chief minister is struggling to remain in his chair despite losing majority."

The ongoing high-voltage political drama is likely to culminate today when the Congress-JD(S) coalition government faces the crucial floor test in the Assembly after missing two deadlines set by governor Vajubhai Vala.

In a seemingly last-ditch attempt to persuade rebel MLAs, Karnataka chief minister HD Kumaraswamy on Sunday appealed to them to attend the Assembly session and explain how the BJP allegedly sabotaged democratic edifice and "destroyed its sanctity".

All eyes are now on the proceedings of the day particularly in the backdrop of BJP alleging the Speaker KR Ramesh Kumar of dragging his feet on floor test. On Friday, the Assembly failed to meet two deadlines set by governor Vajubhai Vala to complete the trust vote.

The 13-month-old coalition government slumped into a minority earlier this month following the resignation of 16 dissident MLAs of the ruling coalition including 13 of Congress and three of JD(S).