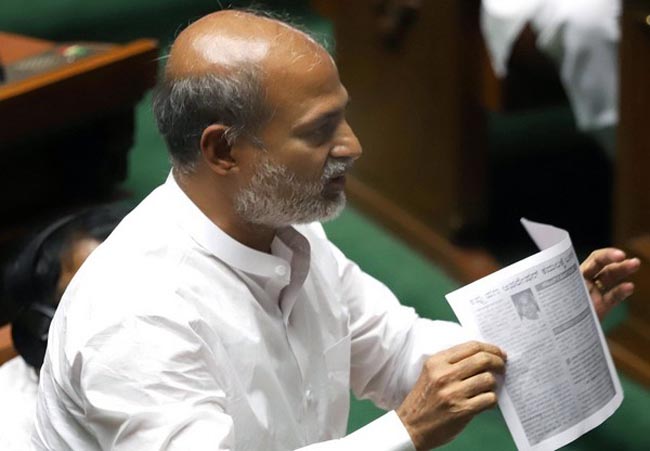 Mysore, Oct 16: Former Karnataka Tourism Minister and Janata Dal (Secular) leader Sa Ra Mahesh on Wednesday confirmed that he has resigned as the Member of the Legislative Assembly (MLA).

Mahesh said that he had submitted his resignation to the Secretary of the Assembly Speaker on September 18. He was the JDS MLA from Krishnarajanagara assembly constituency in Mysore.

The party MLA was in controversies on many occasions, most recently for cautioning Chief Minister BS Yediyurappa against "snakes and scorpions" active in the state politics.