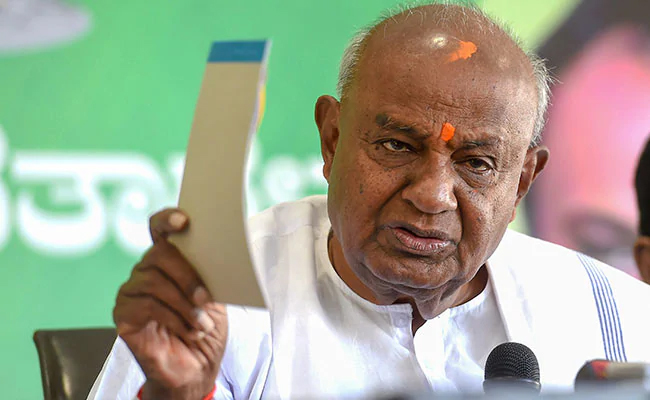 Bengaluru, Apr 24: The Janata Dal(S) in Karnataka will not field its candidate for the Kundagol and Chincholi Assembly seats, for which by-elections will be held on May 19 as both the seats were won by coalition partner Congress and the party will support its candidate.

Speaking to newsmen, the JD(S) National president and the former prime minister H D Devegowda, informed that “In both the by-elections the party will extend its support to the Congress”.

Informing that Chief minister H D Kumaraswamy will take a decision on the issue, he said “our party workers will co-operate with the Congress to retain the seats for the ruling combine”.