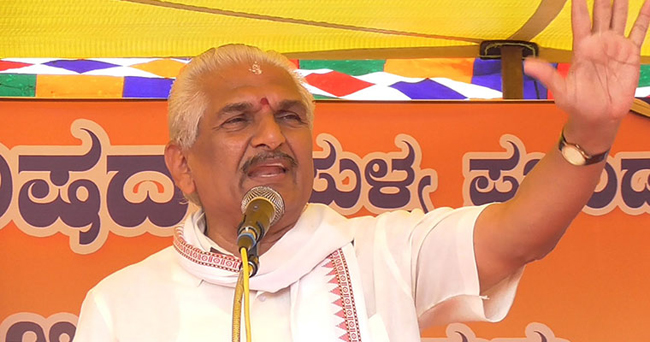 Hundreds of protesters of the Vedike staged a protest march in the city starting from the Kanakapura Ayyappaswamy temple.

“We are not here to disturb the peace. We have met each other at the wedding of Sriramulu’s daughter. So you know who I am, DK Shivakumar. How long will you continue with these lies? Is the intention behind the statue of Jesus to solidify your vote bank? Build the statue in America or England, we will not allow it here,” said the RSS leader as the keynote speaker at the rally.