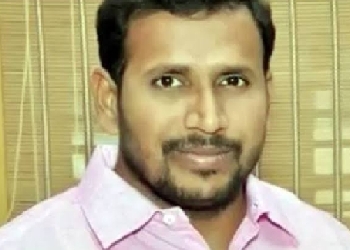 New Delhi: BJP leader Yogish Gowda, who was a member of the Dharwad Zilla Panchayath in Karnataka, was killed because of "political reasons", the CBI has alleged in its charge sheet filed against eight accused before a Dharwad court, officials said on Thursday.

The charge sheet was filed before the Judicial Magistrate First Class Court in Dharwad against Santosh Savadatti, Dinesh M, Sunil KS, Harshith, Aswath S, Nazeer Ahamad, Shanawaz and Nutan K. All but one are in judicial custody.

"The accused allegedly came to Dharwad on two occasions in June 2016 and with the support of the other accused, allegedly planned the murder of Yogish Gowda. These accused fled after the crime," CBI spokesperson RK Gaur said.

The agency has alleged that the killing had "political reasons" behind it and was a result of political rivalry, the officials said.

The agency had taken over the case on September 24, 2019, nearly three years after the murder, on the request of the BJP government in Karnataka and a referral from the centre.

The case was earlier probed by the Karnataka Police which had charged six people for allegedly planning and executing the killing.

The CBI has arrested eight accused in the case of which seven are in judicial custody, they said.

"Further investigation into the role of the other accused and larger conspiracy in this case is continuing on a day-to-day basis," Mr Gaur said.