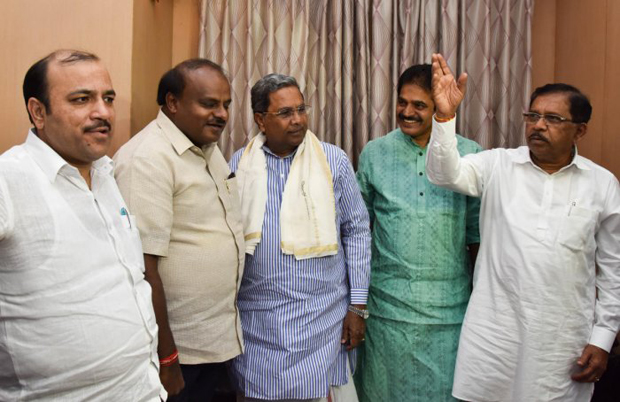 Bengaluru, Dec 6: The much awaited cabinet expansion in Karnataka will take place on December 22, just after the Belagavi Winter Session of the two-week State Legislature ends, former chief minister and chairman of the Co-Ordination committee of the JD(S)-Congress coalition government said here on Wednesday.

Speaking to media after chairing the Committee participated by senior leaders of both coalition partners, he said “Along with the cabinet expansion it was also decided to appoint MLAs from both parties to nominate for various Boards and Corporations”.

Chief minister will also have six parliamentary secretaries, three each from Congress and the JD(S) legislators, he added.

Informing that originally it was decided to go for expansion on December 9. However, with the winter session of the Karnataka beginning from December 10, expansion hadto be postponed, he said

Replying to question, over the statement of the union minister Prakash Jawadekar that there will be a political tremor in Karnataka in the coming days leading to the fall of the coalition government, Mr Siddaramaiah said it was wishful thinking on part of BJP. The coalition government was strong and stable.

I needed to thank you for this great read!! I definitely
enjoyed every bit of it. I have you book-marked to check out new stuff you post…