Bengaluru, Oct 12: With Karnatakareporting an alarming rise in Influenza A (H1N1) cases, the state health department on Thursday directed private hospitals not to charge more than Rs 2,500 for the throat swab test. The test is done for free at government hospitals. 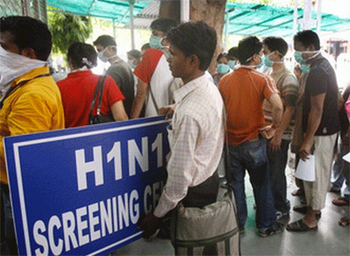 This year, the state saw 441 cases of H1N1, with 99 of them being reported from Bengaluru city. This comes in the wake of certain hospitals allegedly overcharging patients for viral infection tests. There have been instances of the fee crossing Rs 4,000. The throat swab of the suspected patient is taken for testing the viral infection.

The department has also advised healthcare professionals in public and private sectors to get themselves vaccinated against influenza viral infection. “There are cases of seasonal viral infections—Influenza B and Influenza A H3N2— seen among patients. There are also viral flu cases,” said a doctor.

The BBMP has asked its primary health centres to keep adequate stock of tamiflu tablets and distribute pamphlets detailing the symptoms of H1N1 and precautions to be taken. If patients are found with the symptoms, the health staff must visit their houses and take necessary action.

No official declaration on Karnataka deaths

There were four cases of H1N1 deaths reported at the government-run Rajiv Gandhi Institute of Chest Diseases since August, and one more patient with H1N1 symptoms died in Mysuru on Wednesday. However, the health department has not yet declared any H1N1 deaths in the state. “The death audit committee is looking into these cases,” said officials.