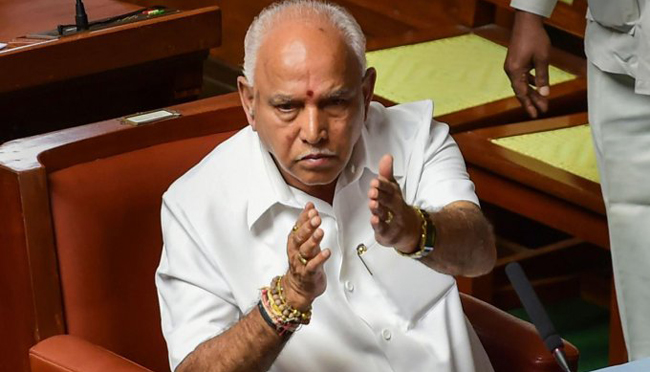 Bengaluru, Sept 17: Karnataka Chief Minister BS Yediyurappa participated in a tree-day celebration here on Tuesday, which had been organised to mark the birthday of Prime Minister Narendra Modi.

Speaking to ANI, Narayan said: "It is a day to celebrate Prime Minister Narendra Modi's birthday. He is an inspiration for society."

"This week is being celebrated as 'Sewa Saptah'. It is an opportunity for all of us to the work in the interest for the people and for the betterment of the society," he said.

'Sewa Saptah' is being observed from September 14 to 20. During this week, innumerable social initiatives have been planned across the nation by the party which include blood donation camps, eye check-up, and medical camps.

Several exhibitions will also be organised to showcase the social works done by Prime Minister Modi.