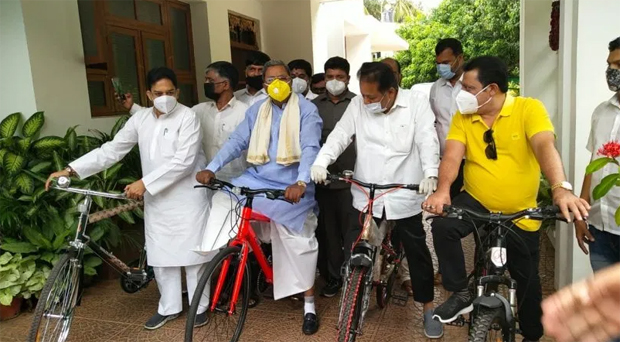 Bengaluru, Jun 29: Former Karnataka Chief Minister Siddaramaiah along with Congress leaders on Monday rode a bicycle from his residence to Minsk Square to protest against the hike in fuel prices.

KPCC President DK Shivakumar was also seen riding a bicycle along with other members of the Congress party to Minsk Square where the party staged the protest.

During the protest, Siddaramaiah and Shivakumar along with party leaders carried a bike on their shoulders.

"We are carrying out our duty today. At the time of the UPA government's rule, when there was any hike in fuel prices, several BJP leaders had made bold statements. It is ironic that today, at the time of this COVID-19 pandemic, even despite the price of barrels falling, they have increased fuel prices," said Shivakumar.

"In Delhi, diesel prices have exceeded petrol prices. We must protest against this. The DCP can file whatever case he wants to. Despite several cases against us, we have never been shaken up. They are inconveniencing people and causing the people to burn in hell. These people must be protected," he added.

The Congress has termed the increase in the prices of petrol and diesel as "unjust" and "thoughtless", and urged the Central government to roll back the increase with immediate effect and pass on the benefit of low oil prices directly to the people. 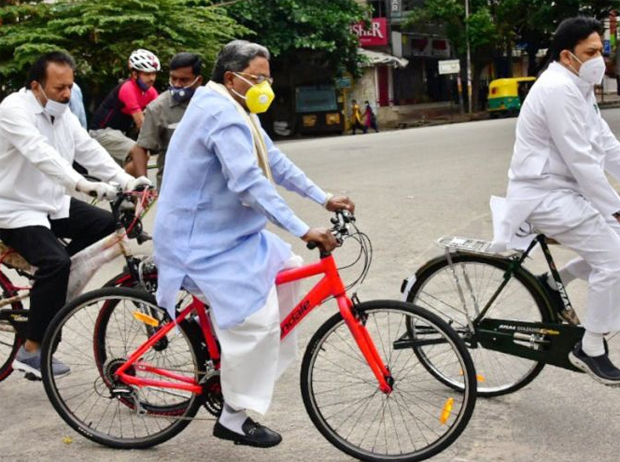 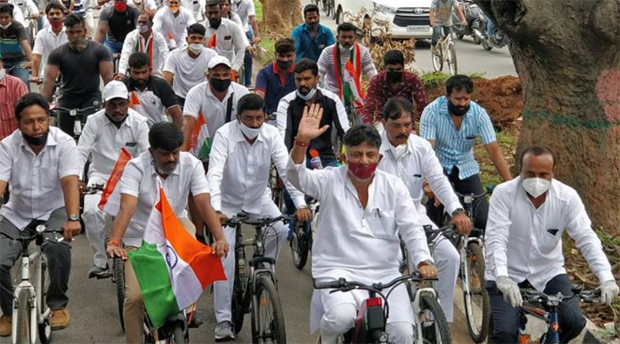 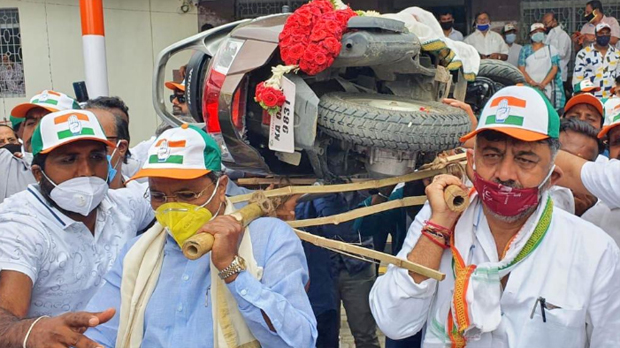