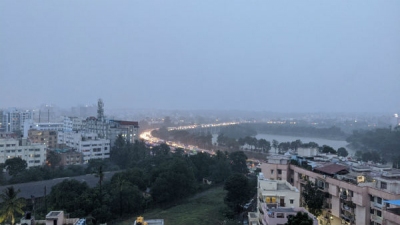 Bengaluru, Jul 8: In yet another revenue generation measure, the Revenue department has issued an order permitting the sale of government land leased to various religious, industrial and other organisations.

Officials say that around Rs 2,250 crore will be generated in Bengaluru Urban district alone, if the order is implemented.

While rules for the process are yet to be formed, it has directed deputy commissioners of various districts to submit proposals for the sale of such lands leased by the government to various institutions under the Karnataka Land Grant Rules, 1969. The order came after a recent Cabinet decision.

The order issued on July 6 says that government lands leased to private organisations, trusts, industries, educational, social welfare, religious and agricultural purposes can be regularised by paying the guidance value of the land, provided the organisation continued to use the land for the same purpose it was granted for.

If an organisation or trust wanted to convert the land for other purposes, it will be charged twice the guidance value. According to the order, land leased to organisations that are unwilling to purchase the land will be surveyed. “DCs should initiate measures to survey such lands and recover the unused land to the government,” it said.

Revenue Principal Secretary N Manjunath Prasad told DH that rules for the sale of such lands will be formulated shortly. “We have directed deputy commissioners to compile the extent of land leased to various organisations in their respective districts,” he said, noting that 921 acres were leased to private parties in Bengaluru Urban district.

From the 921 acres, the state government used to receive an annual rent of Rs 6.50 crore per year. Sale of leased land in Bengaluru Urban alone will generate around Rs 2,250 crore at current guidance values, Prasad said.

The government is also pushing for regularisation of unauthorised buildings on Bangalore Development Authority (BDA) land and auction of corner sites to mobilise resources due to the severe economic difficulties in the wake of the Covid-19 pandemic and the state’s reduced share in central taxes.