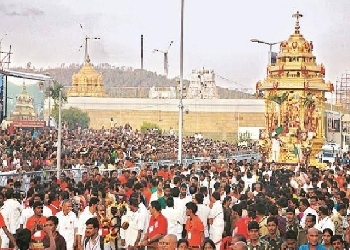 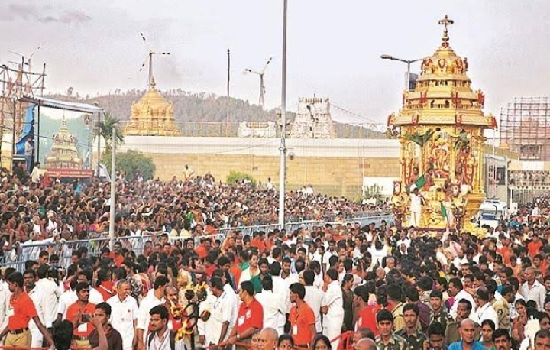 Tirupati, Jul 5: The Karnataka government will soon build a massive pilgrim amenities complex and marriage hall at Tirumala, the hill abode of Lord Venkateswara, at an estimated cost of Rs 200 crore, a temple official said here on Saturday.

The state would soon submit a blueprint for the construction of the Rs 200 crore mega complexes to the Tirumala Tirupati Devasthanams (TTD) that governs the hill shrine, the official said.

Consequently, based on the designs, TTD would construct the complexes with the given fund and after completion, they would be handed over to the Karnataka government, he said.

Karnataka Chief Minister BS Yediyurappa would lay the foundation stone for the mammoth complexes on the hills some time next month, he said.

Keep aside all these type of extra expenditure like spending for statues, monuments, pilgrim amnesties etc.

During this period of virus pandamic, please use all these amount for medicines, medical facilities, food and development of the state.  We are facing shortage of medical facilites and the people are dying on the road by not getting a bed in the hospital.  Please use these amounts for the same.  During this Pandemic not even hindu brothers also accept this offer.  Leave all vote politics and concentrate to develop the state.