Bengaluru, Jun 10: Karnataka has declared a holiday for schools, colleges and government offices in the state on Monday and a three-day mourning till Wednesday, as a mark of respect to Jnanpith awardee, multi-lingual actor and noted writer Girish Karnad, who died here earlier in the day, an official said. 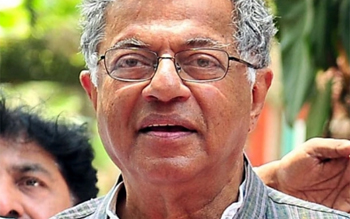 "The state government has declared holiday for all schools, colleges and offices for the day (Monday) and three-day mourning till June 12 as a mark of respect to Karnad," the official of the Chief Minister's Office told news agency.

The proposed Cabinet expansion on Wednesday is likely to be postponed to a later date due, he added.

Karnad, 81, died at his residence in the city centre earlier in the day due to multi-organ failure.