Bengaluru, Jan 14: The Karnataka High Court on Tuesday issued a notice to the government of Karnataka while hearing the plea for ordering Judicial probe into the December 19, violence and police action in Mangaluru. 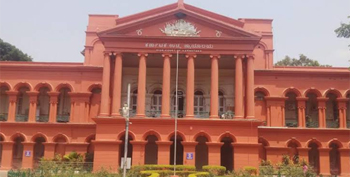 On December 19, the local police while taking action against anti-CAA and NRC protesters had fired at them which had killed two citizens. The police action was then followed by curfew in the region for over 48 hours.

The High Court bench hearing the plea of JD(s) leader Iqbal and Sullia Pattan Panchayat member Iqbal seeking its intervention to order judicial probe into the matter has issued the notice to the government.