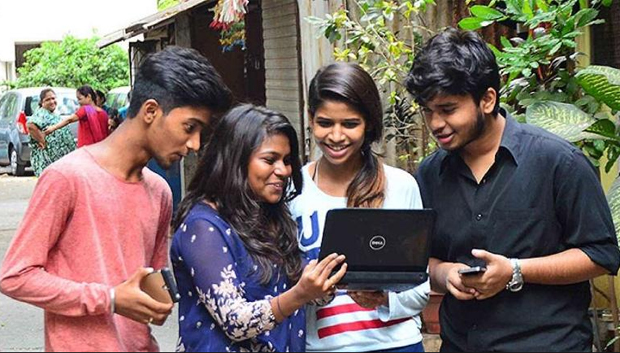 As many as 6,71,653 students had written the 2nd PUC exam and a total of 4,14,587 students passed. The students can check their result online from the direct link provided below:

Udupi district has topped list with 92. 20 per cent, followed by Dakshina Kannada with 90.91%. Chitradurga district has secured 51. 42 per cent and is at the bottom of the list.

Girls have once again outdone boys with 68.24% pass percentage, whereas boys have scored 55.29%.

Students with special needs have performed well. 391 students with Dyslexia had appeared for the exam and 236 of them passed with a total of 60.35%.

As per the statement issued by the Department Of Pre-University Education, Karnataka, 2447 students secured 100 out of 100 in Mathematics paper.

The exams were held from March 1 to March 18 for 39 subjects totally. In view of the Lok-sabha elections, the Pre-university exams were held early this year and results also announced early. Evaluation of the Second PU exam papers had begun on March 25. 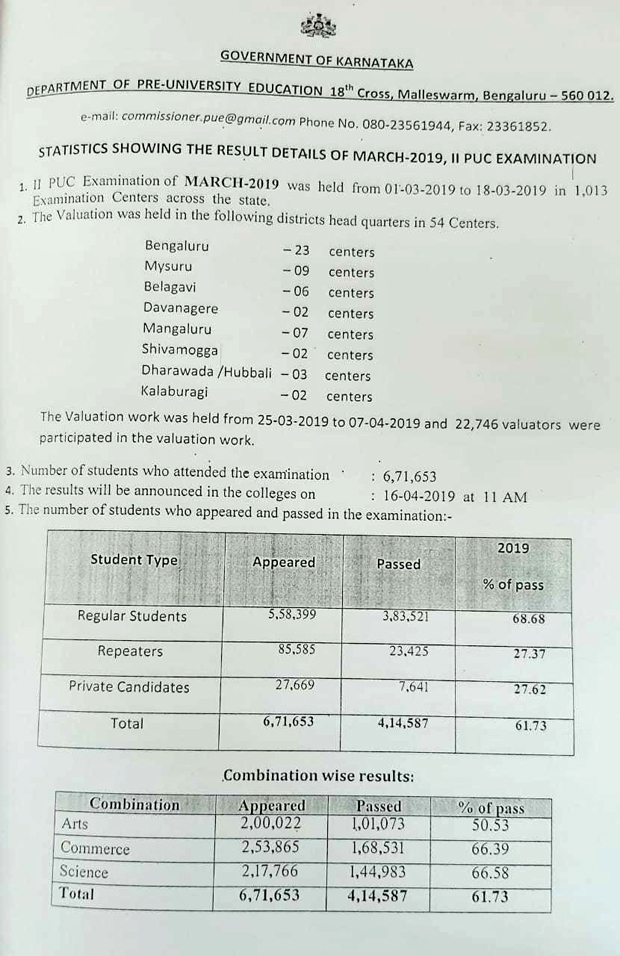