Bengaluru, Feb 16: Deputy chief minister Laxman Savadi’s election to the lone vacant council seat, for which a bypoll has been called, is only a formality as the only other candidate in the contest, independent BR Anil Kumar, dropped out on Saturday. 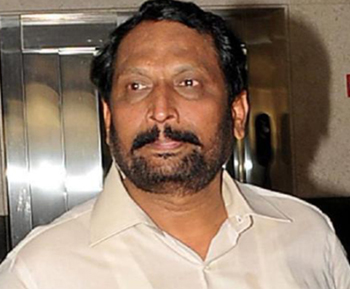 Kumar conveyed his decision to council secretary and returning officer Vishalakshmi. He decided to withdraw from the February 17 bypoll after failing to get support from Congress and JD(S) legislators.

The bypoll was necessitated after sitting member Rizwan Arshad of Congress resigned as he moved to the legislative assembly as an MLA. Rizwan won the Shivajinagar bypoll in December last year.

“Since the notification on candidates in the fray, after the last date of withdrawal, has already been published, irrespective of any candidate’s retirement, the election has to be conducted,” an official said.

Savadi’s victory was always assured as BJP has 119 members in the House.

Still, Ramanagara BJP district president Rudresh and MP BY Raghavendra reportedly approached Kumar, urging him to withdraw. Kumar, however, denied that he was persuaded by BJP.

“I entered the fray thinking secular parties and likeminded MLAs will support me, but that didn’t happen, so I decided to retire,”he said.

A section of Congress and JD(S) politicians, led by former minister HD Revanna, had persuaded Kumar to enter the contest with the hope that disgruntlement among some BJP legislators over Savadi’s promotion as the deputy CM would result in an upset.

Former chief minister HD Kumaraswamy also offered to support Kumar. Siddaramaiah of Congress refused to do the same. Congress and JD(S) did not field any candidates of their own as they don’t have the requisite numbers in the House.

Savadi must get elected to the council before February 20, otherwise he will lose his cabinet role. According to rules, a person who is not a member of either House should get elected within six months after becoming a minister. Savadi took oath on August 20 last year.