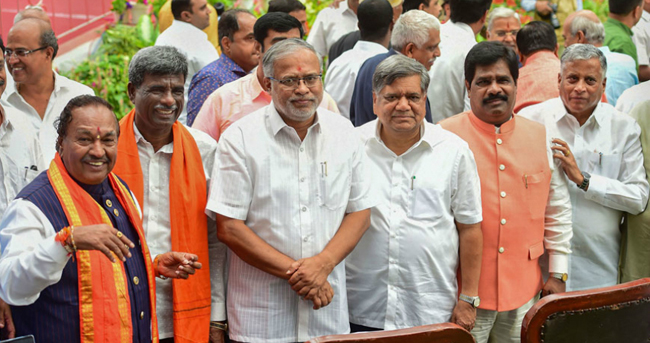 Bengaluru, Aug 24: The newly inducted 17 Ministers in Chief Minister B S Yediyurappa's Cabinet in Karnataka may have to wait for a couple of days more for allocation of their Portfolios due to demise of former Union Minister and Senior BJP leader Arun Jaitley, who died in a New Delhi hospital on Saturday.

Earlier in the day, Yediyurappa had announced about possibility of announcing portfolios by evening to new Ministers, following the green signal from the BJP central leadership, who were earlier inducted as Cabinet Ministers.