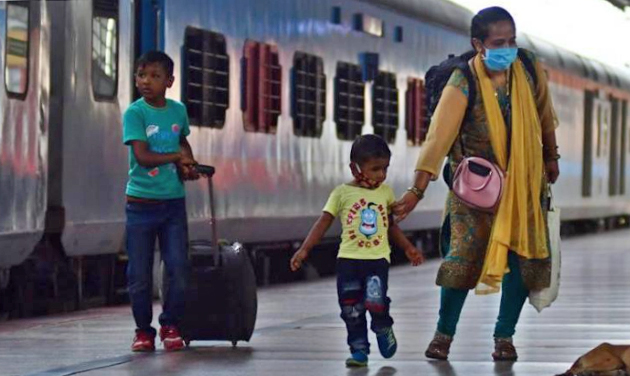 Bengaluru, Jun 3: Lack of awareness on rail travel norms led to a tense situation on a Karnataka train as a female passenger was forced to disembark midway after her fellow passengers raised a hue and cry on seeing her knuckle stamped, mistaking it for a quarantine stamp, an official said on Tuesday.

"Many passengers on the train with the woman raised a hue and cry on seeing her stamped and complained to the TTE. She was later disembarked at Tumkur," a South Western Railway (SWR) zone official said.

The woman was travelling from Bengaluru to Belagavi as a transit passenger. Her status as such a passenger was stamped on her knuckle.

However, after some time, her fellow passengers observed her stamped hand and misunderstood that she was violating the quarantine norms.

Without realising that she was just a transit passenger who will be quarantined on reaching her destination, they created pandemonium and complained to the travelling ticket inspector.

"Following the public pressure, she was forcibly disembarked in Tumkur station," said the official.

The official said the TTE would not have been aware of the rules and must have yielded to the passengers' pressure.

Later, the woman was allowed to board another train and reach her destination, the official said.