Bengaluru, Jan 21: Controversial Mysuru ruler Tipu Sultan will remain in state-syllabus textbooks in the next academic year (2020-21) too. But the government will form another committee to look at the subject afresh. 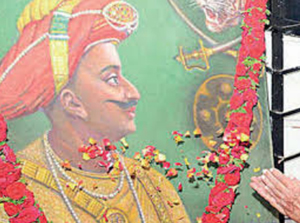 "Efforts are on to give textbooks and uniforms the day schools open next academic year. After a discussion with the CM, we decided to not make any changes in the textbooks for the upcoming academic year,"said primary and secondary education minister S Suresh Kumar.

However, we will form a committee to look into it again,” said the minister.

Three months ago, Madikeri MLA Appachu Ranjan had written to the minister seeking removal of contents on Tipu Sultan from Karnataka state syllabus books of classes 6,7 and 10. The minister said: “Appachu Ranjan is a five-time MLA. When he sent a letter, it’s my duty to seek an opinion on it. There’s no political angle here.”