New Delhi, Jul 23: The Supreme Court Court on Tuesday took note of the submissions of Karnataka assembly speaker K R Ramesh Kumar that the voting on the trust motion moved by chief minister HD Kumaraswamy is likely to be concluded by this evening. 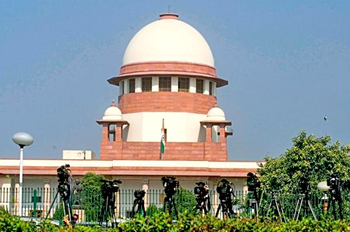 A bench headed by Chief Justice Ranjan Gogoi considered the submission of senior advocate A M Singhvi, appearing for the Speaker.

It adjourned hearing till Wednesday on the plea of two independent MLAs seeking a direction to the speaker to forthwith conduct the floor-test in the House.